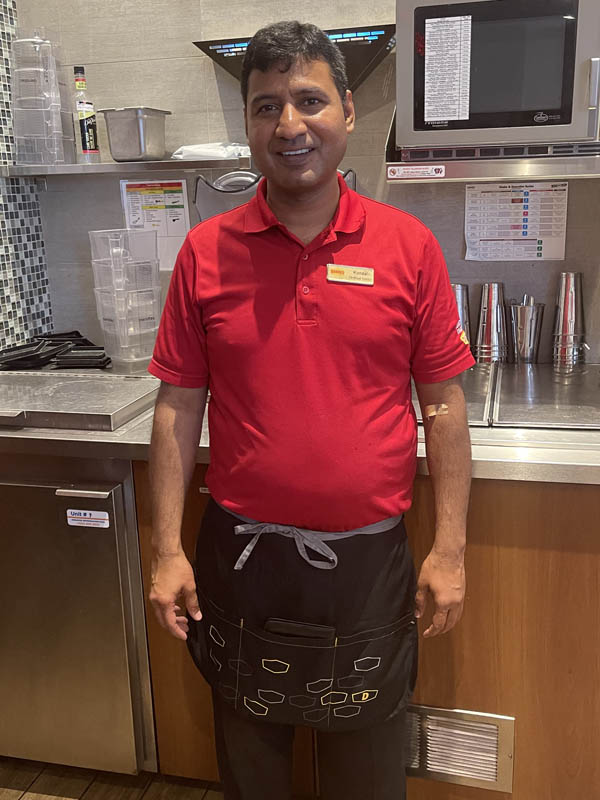 Kondal Reddy Merupati joined the Denny’s Lethbridge team in March 2012 under the Temporary Foreign Worker Program. In 2015 he relocated to Calgary, joining the Denny’s Deerfoot Meadows team. With his desire to grow with the company, Kondol took his first steps toward becoming a Certified Trainer.

In 2016, Kondol’s hard work paid off as he was promoted to a Certified Trainer. In this role, Kondol has continued to show his passion for creating life-long relationships and fabulous guest experiences. Kondol has certainly been instrumental in training across the Denny’s brand – he always goes above and beyond what is expected of him. Not only has he been a great support to the Management Team but he also impresses us with his leadership, enthusiastic attitude, and ability to make everyone he interacts with feel special. Kondol is mentioned in various 5-star reviews for Deerfoot Meadows; we know that guests return to the restaurant to see him. Kondol’s colleagues describe him as a calm, kind, and courteous individual. His enthusiasm shines in any role he takes on – whether training a new employee, guiding a team member, or making a guest feel valued.